According the Web Standards Project, web designers in the 1990s wasted 25% of their time devising workarounds to their code as to be viewed properly in both Netscape and Internet Explorer.

Tim Berners-Lee started the push for standards and the World Wide Web Consortium (W3C) advocates for standardization between the browsers to ensure compatibility and a better experience for the designers and the end users. 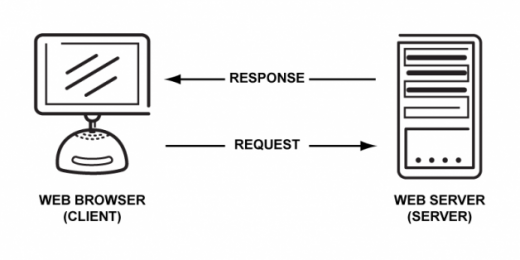 When you want to find a website through the inter-webs you need to type in the Uniform Resource Locator (URL):

When a web site or web page is described as complying with web standards, it usually means that the site or page has valid HTML, CSS and JavaScript. The HTML should also meet accessibility and semantic guidelines.

Hyper Text Markup Language (HTML) is the predominant markup language for web pages and is the basic building-block of web pages:

This is text written inside an opening and closing tag.

Cascading Style Sheets (CSS) describes the presentation semantics (the look and formatting) of a document written in a markup language.

JavaScript is an  object-oriented scripting language:

I live and breathe user experience.

Whether we’re talking about a public-facing website, an intranet site, a web application, or the narrative and images that accompany these digital environments, the key to their success is a focus on the user. This is the philosophy that guides my work.